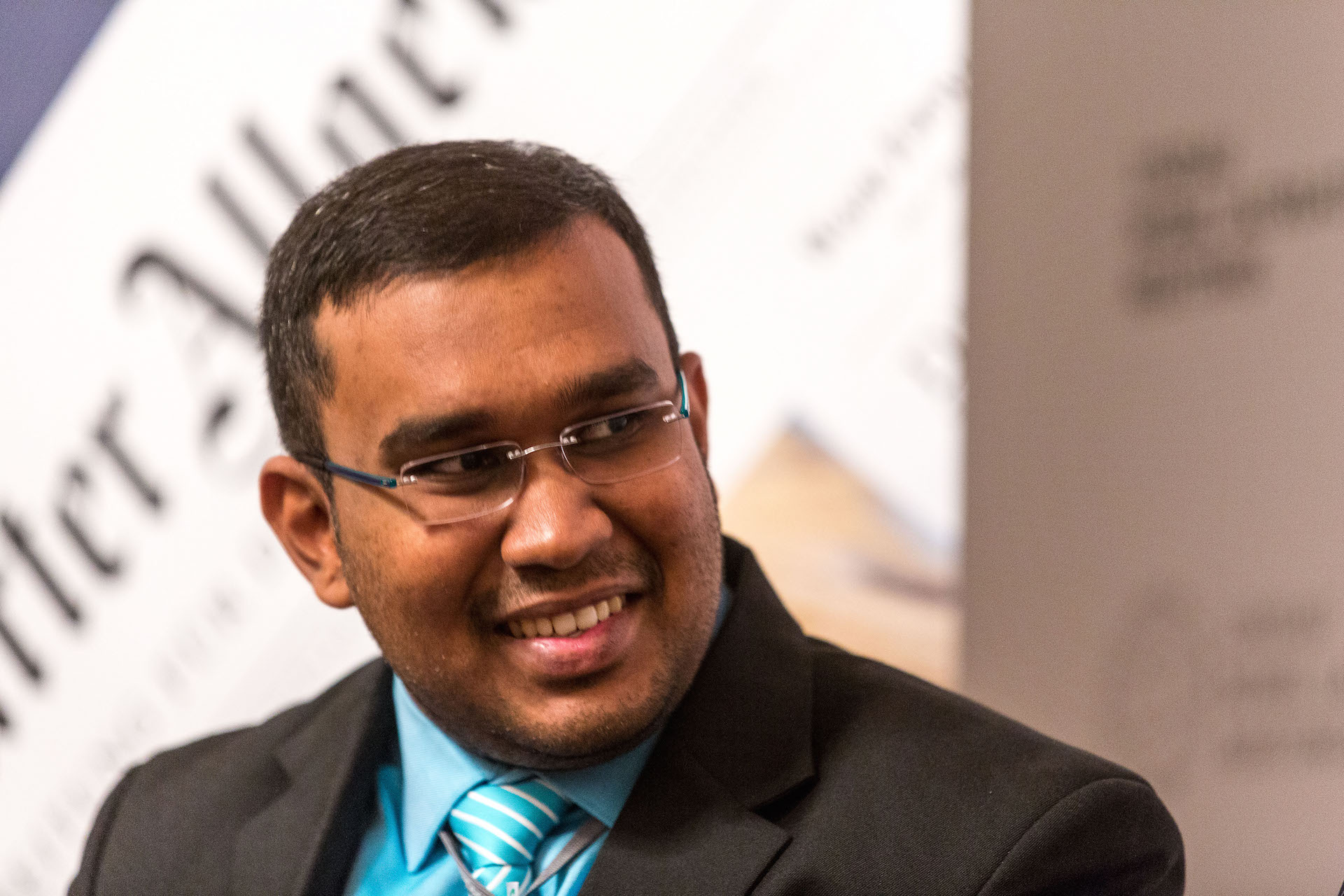 Postdoctoral researcher at the University of Oxford. Arrykrishna did his PhD at Imperial College London, where he was working in Statistical Machine Learning. During his PhD, his research was based on building emulators using Gaussian Processes for accelerating computations in Cosmology. He is also keen to address global challenges in sustainability using Machine Learning.

He has an avid passion for technology and zealous to learn new tools. Since his background is in Physics, he is passionate about solving problems in a meticulous and principled way, which will benefit the community at large. In the same spirit, Mathematics, the universal and common language amongst scientists and engineers, allows him to develop a deep understanding of the topics he is interested in. When he is not doing research, he enjoys reading and watching soccer.

He did my PhD at the Imperial Centre for Inference and Cosmology, ICIC, working with Prof. Alan Heavens, Prof. Andrew Jaffe and Dr. Florent Leclercq on weak lensing, data compression and Gaussian Processes.

MSc in Astrophysics and Space Science (University of Cape Town)

Prior to joining Imperial College, he did a Masters in Astrophysics and Space Science at the University of Cape Town. In 2015, after completing the coursework component of NASSP (National Astrophysics and Space Science Programme), he did the research part (which was based on radio astronomy and Bayesian Statistics) at AIMS under the supervision of Prof. Bruce Bassett and Prof. Martin Kunz.

From 2011 to 2014, he did his undergraduate study in Physics with Computing at the University of Mauritius where he worked on the analysis of X-ray cavities (see here) with Dr. Somanah and Dr. Oozeer.

His research is focused on using Machine Learning techniques for finding unusual objects in the universe.

His work at UpScore focused on developing Machine Learning algorithms for analysing consumers' data. In parallel, he also worked on testing and verifying an analytical model for investigating psychometric data.

At Voxcroft, he was involved in two projects related to Natural Language Processing. The first project involved the analysis of Twitter data while the second project was on speech-to-text analysis.

His work was primarily focused on developing a methodology for rating companies. He also had the opportunity to work on a diverse set of problems including the development of a dynamic model, name-matching algorithm, web scraping, Natural Language Processing and geospatial data analysis using Computer Vision.

Much of his work at Vensy was to investigate a Twitter database in order to understand the engagement rate of atheletes, which eventually helps in driving the business forward.

Part of the RnD team, working on predictive analysis and statistics, to build both data pipelines and machine learning algorithms to produce insightful metrics while designing ways to integrate these algorithms as tools within an automated crypto-trading platform.

Taught Mathematics, Physics, Additional Mathematics and Further Mathematics to more than 150 O-Level and A-Level students in Mauritius over a course of 4 years (2011 to 2014).